Here at Warwick many of us are very interested in Human Rights. We have just been privileged to host Judge Joseph A. Migliozzi of Norfolk Circuit Court, Virginia, who spoke twice on ‘Working in the US’ and ‘Critical Reflections on the Death Penalty’.’ Jennifer Akinola shares her thoughts on the two talks. 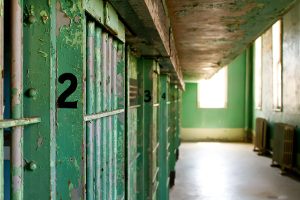 “I decided to attend both talks because I wanted to further explore my career options outside commercial law and beyond this jurisdiction. I am studying a Crime and Punishment module so took a particular interest in Judge Migliozzi’s experience in criminal defence, human rights and anti-death penalty work. This interests me as a potential career path because, whilst working with people on death row is a very sensitive line of work, I find it intriguing that the boundaries in this area of law are constantly being tried and tested in the US. Judge Migliozzi provided insight into his personal career journey and explained how a Law student in the UK can transition into practising in the States.

I was pleasantly surprised to find that Judge Migliozzi did not have a linear path into his legal professional career. He graduated as an English major and then decided to join the US Navy. Having gained his MBA and deciding that he was an extrovert, who really enjoyed talking to people, he enrolled at the Law school in William and Mary College in Virginia. His first legal job was in the Public Defence Office in Virginia. He found that he really enjoyed this line of work and urged students to consider this career path if you like the idea of being in court almost every day.

In 2002 he became the head of the Capital Defenders Office in Virginia beginning his involvement with Warwick’s Death Penalty Project. Two students were taken as interns every summer, gaining a really hands on experience helping defence lawyers in death penalty cases. Apparently Warwick interns supported Judge Migliozzi on Atkins v Virginia, which he describes as the biggest case of his career. This case is now a very influential case in American jurisprudence. The court found that it was unconstitutional to execute someone mentally retarded. It’s very exciting to think that Warwick students were involved. In 2009 Judge Joseph became a trial judge.

A Career in the US

In order to practise Law in the US, Law graduates need to pass the Bar exam, the US equivalent of the LPC and BPTC. In addition UK Law graduates have to complete a US law school programme to be eligible to apply for the Bar Exam in that state. One way of doing this is to complete an LLM at an American Law School. The legal job market in the US is very different from that in the UK. Apparently in a Law graduating class, 60%  go onto public or private practice and 30%  work in-house for massive companies. The US legal  market is thriving with many opportunities.

Typically in the US students in law graduate aged around 26. UK Law graduates deciding to work in the US will on average be younger than their US counterparts. Judge Migliozzi shared a remarkable story of a Warwick student who completed the DPP internship. Once she had graduated she returned to Virginia to complete her LLM. She sat the Bar exam at 21, and became the youngest person ever to pass in the state of Virginia!

There are plenty of opportunities in the US to work as Public Defenders and Prosecutors these are both government funded and are not financially strained like Legal Aid in the UK. There are also vacancies for law graduates to complete clerk paid work experience after their studies. This gives hands on experiences in court and litigation.

It’s great to be challenged to think about careers outside commercial law. I strongly urge others to invest some time in coming to talks and events similar to this organised by the careers service. For those who have had their heart set on a particular career already, I also urge you to attend as you may surprise yourself in finding something you truly enjoy!”