Are you looking for a career in crime? If so, I’m hoping you see yourself dealing with the consequences of crime rather than in the capacity of personal involvement. The latter activity is rather outside the scope of this blog! But what options are there as a criminal lawyer?

You usually think about private practice as either solicitors or barristers specialising in criminal law. We all bewail the limited opportunities to get into this area and the (often) paltry remuneration packages. If criminal law is “your thing”, there is another option. Have you thought about the Crown Prosecution Service?

The CPS is a government department and its lawyers are civil servants with good benefits packages which include pay which compares well to regional firms, generous holiday and a great pension scheme. With over 5,000 lawyers employed nationally it’s by far the biggest outfit dealing exclusively with criminal law cases.

So what do CPS lawyers actually do?

They are independent from the police but are sometimes called to advise the police on prosecution. In serious and complex cases they decide whether or not a charge should be brought, they prepare cases for court and handle the advocacy when they’re there. What skills and attributes do they need?

CPS lawyers have a lot of responsibility and often have to make difficult decisions. They have to look at two tests. Is there a realistic prospect of conviction and is a prosecution in the public interest? If these tests are not met then the CPS will decide against prosecution.

A thick skin to withstand criticism 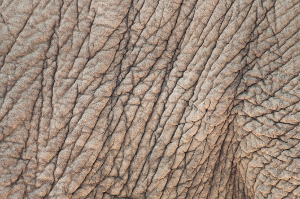 A decision against prosecution can sometimes be very unpopular with the public. A good example was the Greville Janner case where child sex offences were alleged against Lord Janner. There was good evidence for prosecution and the public view, as expressed vehemently by the tabloids, was that prosecution should take place. Initially the DPP decided that the case should not proceed as it failed the public interest test. Lord Janner’s dementia would have precluded him from entering a plea and a conviction would not have been possible. Following victims exercising their right to a review of the decision, it was overturned and a prosecution began, only to be halted on Lord Janner’s death. The CPS and DPP had to deal with vilification along the way and CPS lawyers can often find themselves in a lonely place when they have exercised their judgement in accordance with their obligations but have satisfied nobody in the process!

Resilience, multi-tasking and an ability to think on your feet

So what does a day of work for the CPS involve? Lots of time in court! Both solicitors and barristers will be handling advocacy and each CPS lawyer will be responsible at any time for a large number of prosecution cases working their way through the system. Effective advocacy demands detailed preparation (as Mooters know only too well) and the CPS team are often under immense pressure. They sometimes have to pick up and present cases at short notice when they were not expecting to do so. This is probably a job for those able to “go with the flow”. If you have to have everything mapped out well in advance you might find it a challenge!

The CPS has to engage with witnesses and needs to help them to tell their stories, often in circumstances where they might feel intimidated by the defendant, let alone the environs of the court. Lawyers need to be able to build relationships and to instil calm and confidence – even if they are not necessarily feeling that calm themselves. They also need to be able to explain things very clearly so that witnesses understand and know what to expect. It’s not always easy to do this when you’re in a rush yourself.

So if you think you’ve got the interest in criminal law and the skills what might you get out of working for the CPS? A feeling that you are doing a job which is fundamental to the operation of our society, a clear feeling that you are serving the public (even if they don’t always see it that way) and lots of variety in your work.

If you’re at Warwick and this sounds interesting email Claire for details of summer internship opportunities in Birmingham.