Here at Warwick students have the opportunity to get involved in supporting American attorneys by participating in a Death Penalty Project. There are opportunities to support the work from campus and every summer some students are competitively selected to go to the US to get “hands-on” experience of legal work involving the common law  system. This encompasses diverse areas of criminal justice, medical law and human rights. Cara is one student who has taken advantage of this opportunity. These are her thoughts:

“On 30th June 2016, I embarked on my first trip away, independent of my family or close friends. Thanks to the Death Penalty Project and The Centre of Human Rights in Practice at Warwick, I was given the opportunity to spend 5 weeks in Arkansas working in the Public Defender’s Office. To say this experience was eye-opening would be an understatement! I was able to move from reading articles, watching documentaries and volunteering with the Death Penalty Project, to actually being able to work within the very system I was so intrigued about. In hindsight, my time there taught me many lessons. However, upon reflection two stand out.

Firstly, the importance of mitigation. I encountered people who had committed some of the worst crimes known to man. At first instance and unsurprisingly, it is difficult to see past this. However, on a second evaluation, you come to realise that for many of these individuals, their upbringing and other factors completely out of their control had led them into a life of crime. There was much more to them than the crimes they had committed. Not to excuse what they did, but through mitigation they deserved to have their background circumstances put forward to the judge .

Following on from this, my second and I think more important realisation was the value of a lawyer’s work. The over-representation of poor and ethnic minority individuals was stark. The statistics you would only read on a website or in an article were very real. As could be seen in the courtroom, black people were five times more likely than white people to be incarcerated, despite making up only 12% of the population. The poor were people I was constantly encountering. In particular, these were people who were unemployed or working for less than a decent living wage.

Our clients depended on us for support and our actions could potentially make a massive difference to their lives. It brought into clear perspective that as a lawyer your job is about your client and meeting their needs. It is essential that whichever side you are representing, you do so to the best of your ability. The concept of a fair trial is vital in any legal system. Wherever there are abuses of justice across the criminal law system, as became apparent in my work in the USA, it is important to fight for justice and fundamental human rights . 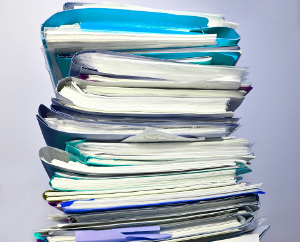 Working in the US criminal justice system helped me to develop many skills that I can use in my future career. I was presented with tasks requiring extensive legal research on mental health laws to come to conclusions which would help in drafting motions to be put forward before the court. Before this could be done, arguments that were formed as a result of my findings had to be presented to my supervising attorney.

Working alongside attorneys, other law clerks and a fellow student at Warwick University also meant that teamwork was a vital part of my role. In addition, I was able to visit jails and prisons whilst shadowing attorneys. One of the most striking experiences I encountered during my time was going to the maximum security penitentiary to meet two convicted murderers. During this trip, I was able to take part in the interview – asking questions, summarising and taking notes on the details of our meetings. I also developed my communication skills during my very frequent attendances at the local court – engaging with clients, attorneys and judges on a regular basis.

My enjoyment of the amount of client and court exposure I was able to get, re-affirmed that I was very much a people person. Every morning I would wake up and be excited for the day ahead. I realised that I was going into law motivated to help others. Working for private clients rather than for big corporations is for me. I came to appreciate that being a successful lawyer was not just about being involved in multi-million pound transactions. Instead, working for individuals and helping to make a difference (however small) to their lives is what drives and motivates me.”

If this excites you and you’re at Warwick have a look at the application process to take part in this next year. It closes on 5th December.