Students often ask me what kind of opportunities there are to work “in house” and how this might be different from work in City firms. The sad fact is that there are relatively few opportunities to get training contracts in-house (although paralegal positions definitely exist). Once you’re qualified heading off to work for a big company in its legal team might be an attractive option. How can you find out what its like?

This summer Sam Hall was given the chance to do a short piece of work experience at Halfords. Here he talks about it. He clearly learnt about Halfords and made the best of an opportunity offered to him. Here’s Sam:

“My time at Halfords was short but full of challenging, interesting and useful exercises and experiences. When I first arrived at the Halfords headquarters I was greeted by members of the legal team who were friendly and welcoming. They showed me around the building and gave me a bit of an explanation of what it is like to work there.

After being introduced to the rest of the legal team I was given my first task. I had 15 minutes to prepare a presentation about Halfords, and given no other direction. I was to come up with a presentation that I thought would be most suitable and had the 15 minutes to research anything I needed to, and then I was to present this to the General Counsel and a Solicitor who would give me feedback afterwards. I found this to be one of the most useful exercises I have completed on any work experience I have completed. The feedback I was given gave me an insight into what in-house employers expect from their legal team. This information made my application to BT’s legal graduate scheme (one of the few in-house training contracts on offer) much better than it would have been. Thanks Halfords!

The next task I was given was a case that the legal team had previously had to deal with. I had to use the facts to draft a response to claim letter and an advice note to the Chief Financial Officer. The task was fascinating and the team was very helpful in giving me feedback and helping me to think and write in a way that reflected both the business and legal needs. This is a skill that is extremely valuable in an in-house team. Being able to give advice on a legal dispute in a way that isn’t full of legal jargon and considers the business interests is a skill that you use constantly.

Around halfway through day one I was able to sit in on a meeting involving between the legal and sales teams. It was interesting to see the variety of issues that an in-house legal team has to deal with. This is something that I really enjoyed about my experience there as you are continuously gaining experience in different areas of law that you may not get the chance to experience at a specialised firm. 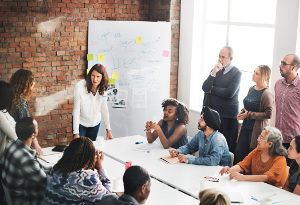 Over the remainder of the two day experience I was able to continue working on past cases faced by the Halfords legal team and received detailed feedback on all of my work as well as being able to compare my advice to that which was given in the real case. I was also able to sit with the Deputy Company Secretary and have a detailed chat about her role in the business as well as the possibilities open to me in other roles and at other businesses.

Throughout the entire experience I felt that the focus was on making it the best experience for me personally. This wasn’t an example of being used as free labour. The whole team went out if its way to support me and gave me their time. Even though this was the shortest work experience I have had I would say it was definitely one of, if not the, most useful and I would recommend to anyone who is either unsure what area of law they want to go into or anyone that has already decided to focus on in-house teams.”